When our van pulled up to the hotel security gate the first evening, our driver explained that he was delivery a group of haji: pilgrims. Four days later, as we prepared to leave Amman for the southern desert of Jordan, my daughter texted to say that her comparative studies class was discussing why people travel for religion.

“So why am I here?” I asked her, curious about the conversation. “No idea,” she answered. “That’s why I texted you.”

By this time we had travelled north, to look over the Sea of Galilee, know on this side as Lake Tiberius. The scene of the miracle of the Gadarene swine; looking over the lake on whose waters Jesus walked; surrounded by ancient Roman columns and olive trees, each two thousand hears old. What struck me most, apart from the lake, faithful in its service to the story, were the remains of a basilica commemorating the miracle, built on the foundation of a old Roman temple. Later, when the region’s religion shifted, recognizing a sacred site, the Muslims built a mosque over the ruin to continue its vocation as a place of prayer. The fallen stones bear witness to the hopes and prayers of the faithful through centuries.

We stood in the river where Jacob wrestled with God, and the air shimmered and danced with the water.

On the mountain where Moses looked out over the Promised Land, the sunset was alive with other-worldly light.

The Celts would call such sites thin places, where the veil between this world and the eternal realm becomes translucent.

The next day, at the lowest landlocked point on the earth, beneath Moses’ mountain, we scooped water from the Jordan east of Jericho, where Jesus approached John for baptism, and was anointed and announced by the Holy Spirit and the Voice of God. 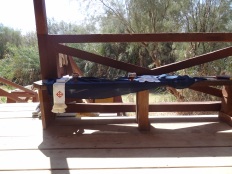 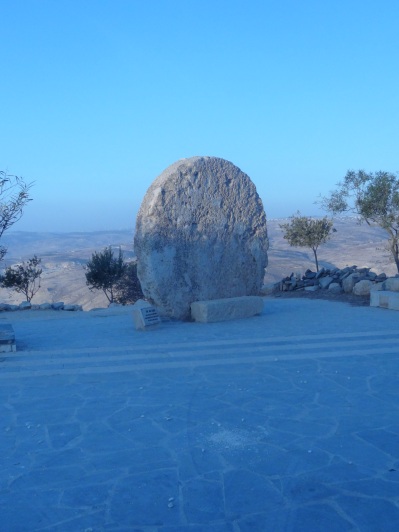 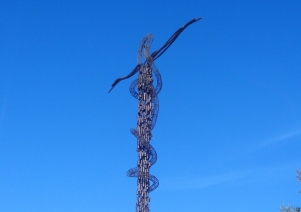 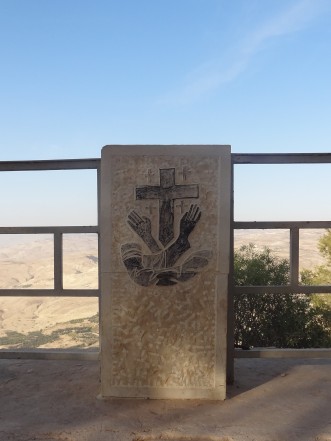 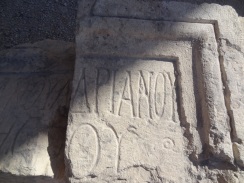 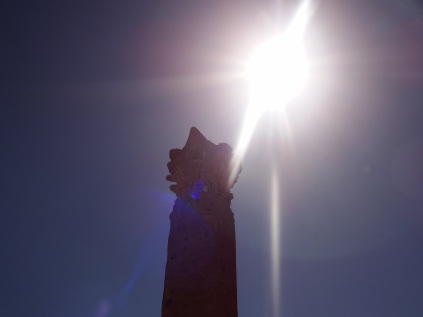 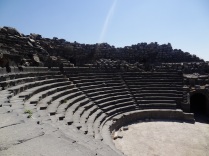 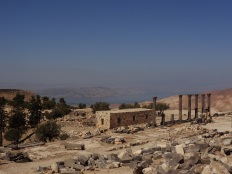 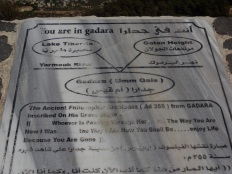 How many times, I asked my daughter, have people asked you where you come from? Place is important to our identity. Coming to the place of their incarnation, identifying with the space taken up by Abraham, Jacob, Moses, John, Jesus; taking their place we hope to become closer to these, our sources of revelation; and by doing so find ourselves closer to the source of their revelation, the Spirit of God.

Such was the experience of standing in the river today, scooping up water, cycled through and ever-changing, yet still running through the place where the Lamb of God came to make a pilgrimage of his own.

We are at the midpoint of our journey through Jordan, religious media and bloggers travelling as guests of the Jordan Tourism Board and Royal Jordanian Airlines.

Rosalind C Hughes is a priest and author living near the shores of Lake Erie. After growing up in England and Wales, and living briefly in Singapore, she is now settled in Ohio. She serves an Episcopal church just outside Cleveland. Rosalind is the author of A Family Like Mine: Biblical Stories of Love, Loss, and Longing (Upper Room Books, 2020). She loves the lake, misses the ocean, and is finally coming to terms with snow.
View all posts by Rosalind C Hughes →
This entry was posted in meditation, spiritual autobiography, story and tagged #HolyJordan. Bookmark the permalink.

1 Response to On pilgrimage